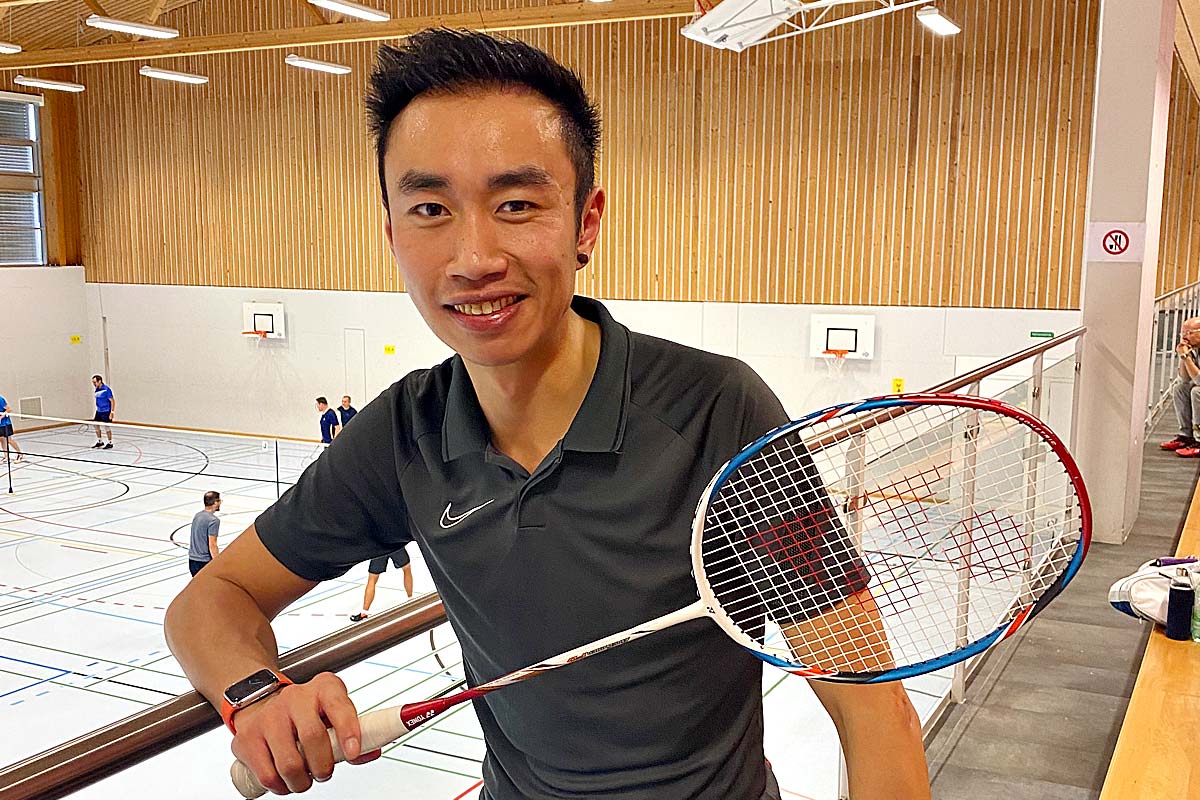 In Rotterdam I mostly had straight friends so when I moved to Amsterdam the gay scene opened up for me. Rotterdam is a very serious city, it’s all about work. Amsterdam has a better work-life balance. Everybody is saying don’t work too hard, make sure to enjoy yourself as well. There’s lots of restaurants and pubs. It’s a really nice city to live. I joined Gay Badminton Amsterdam about one year ago. I had tried other sports before, but I soon realized that badminton suits me best. It’s about being fast and having a fast reaction time.

Badminton trains your whole body plus you can play it alone or in doubles so it’s also about working together as a team. When I moved to Amsterdam I visited three badminton clubs, two straight ones and one gay one. The straight clubs have requirements of how many times you have to go to practice in one week. I just wanted to play once on weekdays and on the weekends. But that is not the only reason I chose the gay club. The training and the people were nice and we went for drinks after. I quickly realized that I wanted to be a part of that club.

Two weeks ago, I went to my first tournament in Nijmegen. The vibe was great, everybody was friendly with each other, and it was all about having fun together. At the badminton tournament here in Bern I am playing in a team with Sarah. We laugh a lot in every single game, even when we lose. Badminton is very much a social thing for me. It keeps me busy and is good for my health. Look at me talking about my health while I am eating a brownie. But you have to eat, right? Because we just lost. But that’s okay. It’s really about having fun.