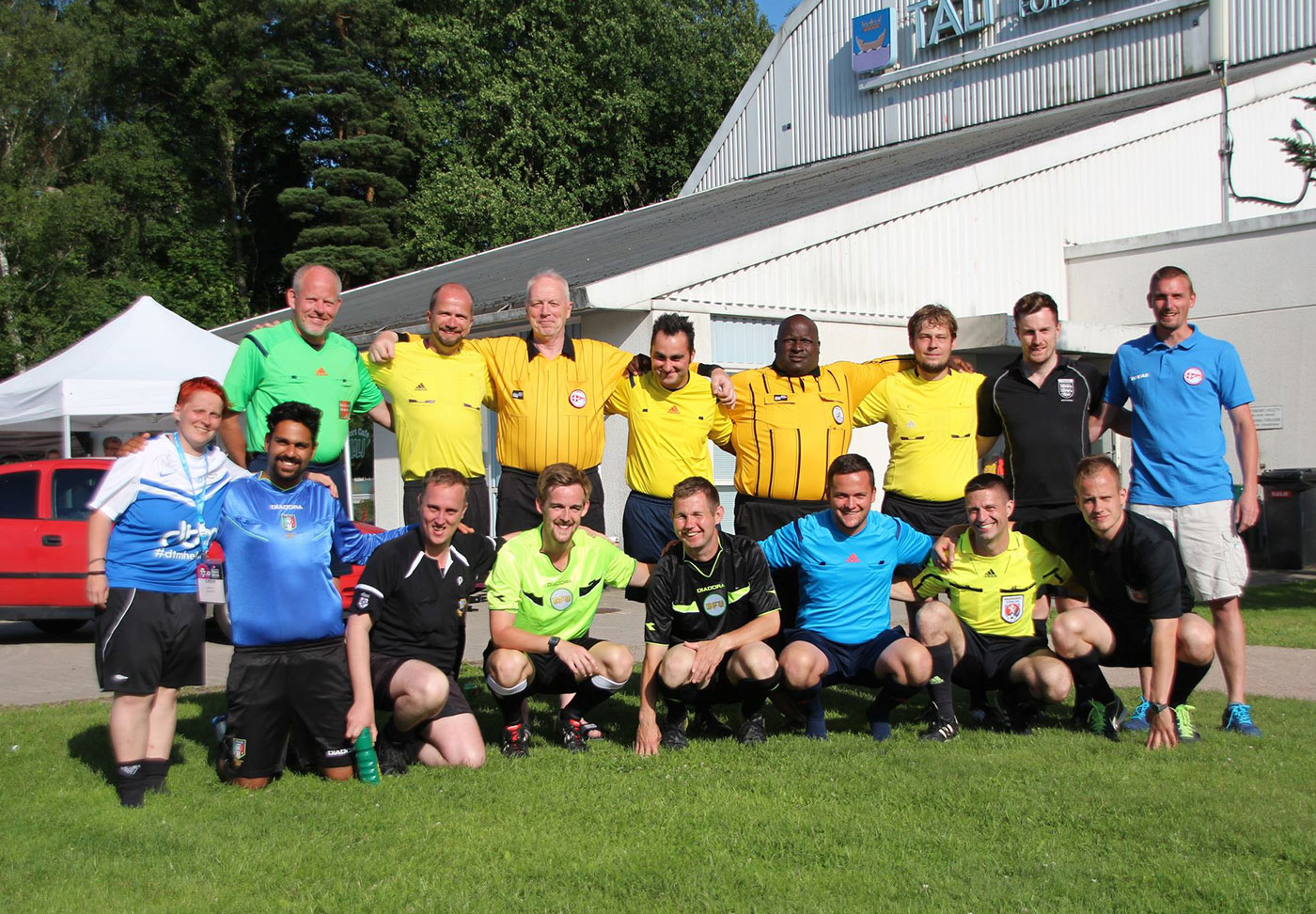 REFEX is joining EuroGames Bern 2023 as official tournament partner for football. Michael Wachowiak and David Hofstetter, board member of EuroGames Bern 2023, signed a cooperation contract on January 29, 2022, in Bern, Switzerland. REFEX will deliver referees, refereeing experience and organization for the complete tournament.

«REFEX always showed the importance of relationship, trust and diversity to the world as being the integrative partner for refereeing», says Michael Wachowiak, founder of REFEX. «REFEX itself stands for inclusion and openness and bringing the world together in sports.»

«We are extremely happy to have REFEX on board with us», says Greg Zwygart, co-president of EuroGames Bern 2023. «REFEX relies on an extensive network of referees and has over twenty years of experience. We look forward to a professional football tournament for our athletes.»

The EuroGames – a multisport event dedicated to diversity and inclusion– will take place in Bern from July 26 to 29, 2023. Licensed by the EGLSF (European Gay and Lesbian Sport Federation), there will be approximately 20 different sports attracting an estimated 3500 athletes from all over Europe.

REFEX was the official tournament partner for the EuroGames in Budapest 2012, Stockholm 2015, Helsinki 2016, and for the World OutGames in Antwerp 2013. «And so, we are very proud to be the official partner of the EuroGames 2023 again and thankful for the trust in our expertise and capabilities», says Wachowiak.