5 things
to see in Bern

EuroGames are usually a pretty busy event. In case you should find yourself with a little extra time on your hands, feel free to check out these attractions. They are all accessible at no extra cost. 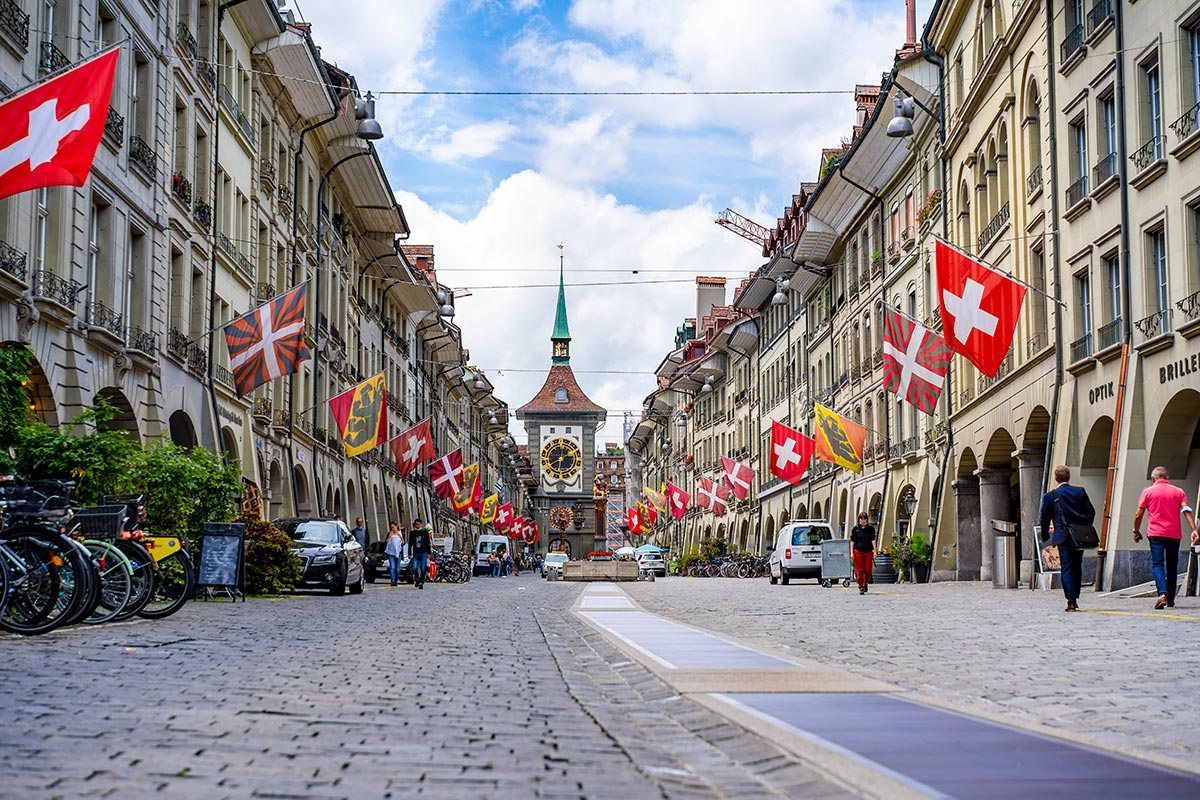 Good News: The EuroGames Village is located in the heart of Bern’s Old Town! A UNESCO World Heritage site since 1983, the Old Town wows visitors with its impressive sandstone buildings and incomparable charm. Also typical for the city are its quaint alleys and the six kilometres of arcades.

The city of Bern was founded in the year 1191 by Berchtold V, duke of Zähringen on a peninsula in the bend of the Aare river. On 12 May 1405, a fire started in what today is Brunngasse alley, spreading rapidly across the entire city due to the strong north wind. The large fire destroyed 650 wooden houses and took the lives of over 100 people. Due to fire safety and protection regulations, it was ordered that the new houses were to be made of stone. So ever since, sandstone has been dominating the city scape. The arcades were built after the fire as well, for the handymen and craftsmen who were working on the houses. Today, the arcades protect the people of Bern from sun and rain and it’s impossible to imagine the city without them.

The colourful street signs (red, yellow, green, white, black) stem from 1798, when Bern was occupied by the French: the colour-coding helped soldiers find their way back through the city after a night of drinking.

Bern’s typical streets, lanes and buildings have exciting stories to tell, and in the midst of them all in the Old Town one of the city’s best-known landmarks stands high above the rest: the Zytglogge (Clock Tower). Once a city gate, the Clock Tower now attracts spectators from all over the world with its astronomical calendar clock.

You might notice large groups gather infront of the Clock Tower at the full hour for a small mechanical spectacle, including a parade of bears, a jester, a golden rooster and Chronos, the god of time. 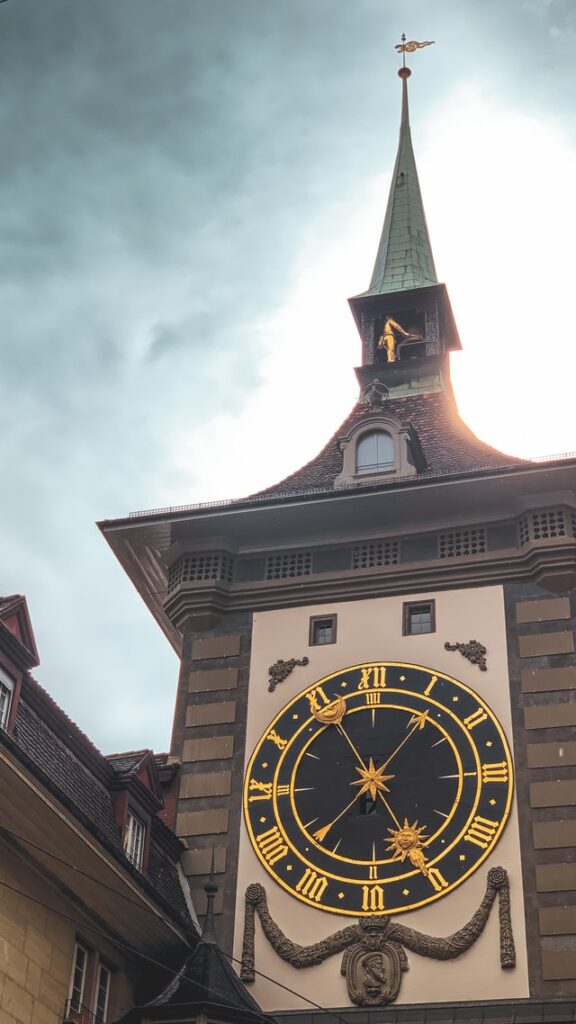 Another attraction that will be easy to check off your list: The EuroGames-Village will be located right infront of the Münster, Bern’s medieval church. In the 15th century, Bern was the largest city state north of the Alps – it had a lot of influence and became an important political power. Soon, the people wanted an adequate church, and it’s not surprising that the city of Bern commissioned the Minster. Construction began in 1421.

The most famous feature of the Bernese Minster is the exceptional main portal. Erhart Küng, a sculptor and foreman from Westphalia, made the sandstone masterpiece that depicts the Last Judgement. There are 294 sculptures: prophets, angels with trumpets, Jesus Christ as Judge of the Nations, Lady Justice (added after the Reformation), martyrs and damned souls showed the believers what the day of the Last Judgement would look like. 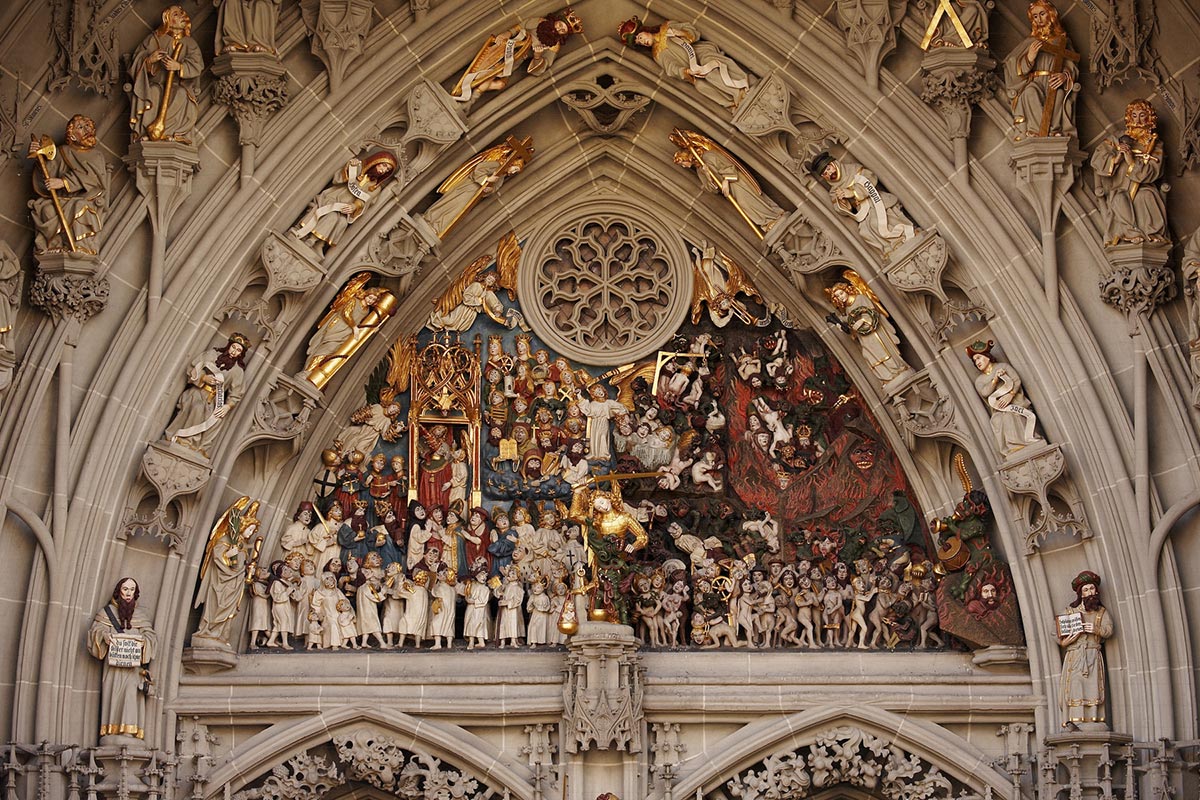 The Münster has the highest church spire in all of Switzerland. 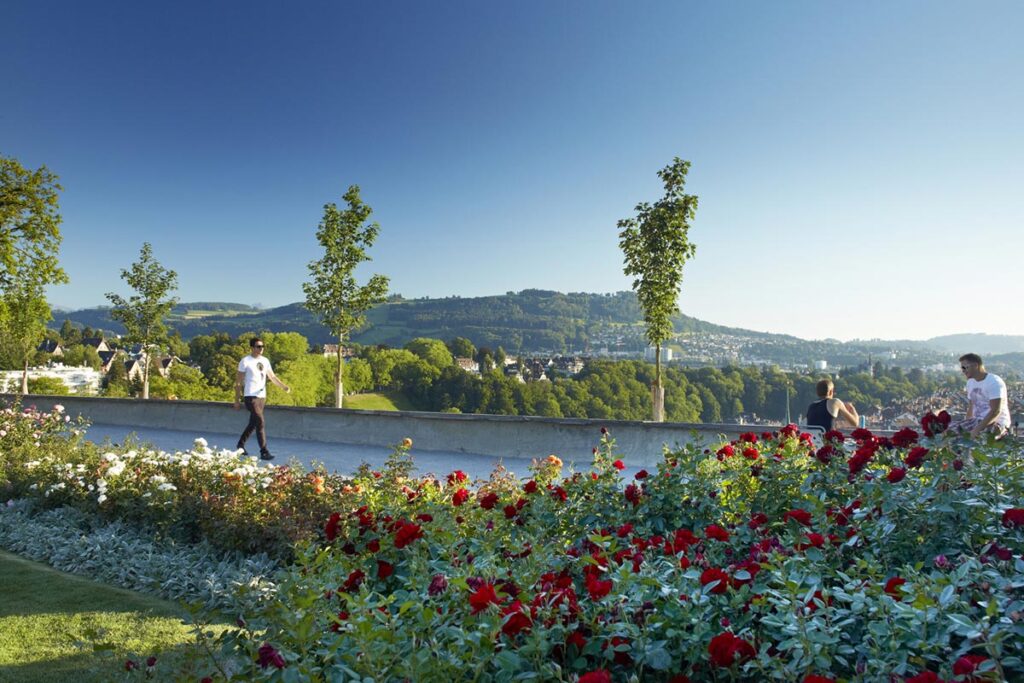 The Rosengarten is one of the most beautiful parks in Bern and offers an unrivaled view over the rooftops of the historic Old Town, the Münster and the loop in the Aare river. An ideal spot for a memorable snap, whether it is a selfie on the Albert Einstein bench, a panoramic shot of Bern or a group photo with your team mates. The Rosengarten is just a short bus ride away from our Sports Hub Wankdorf. 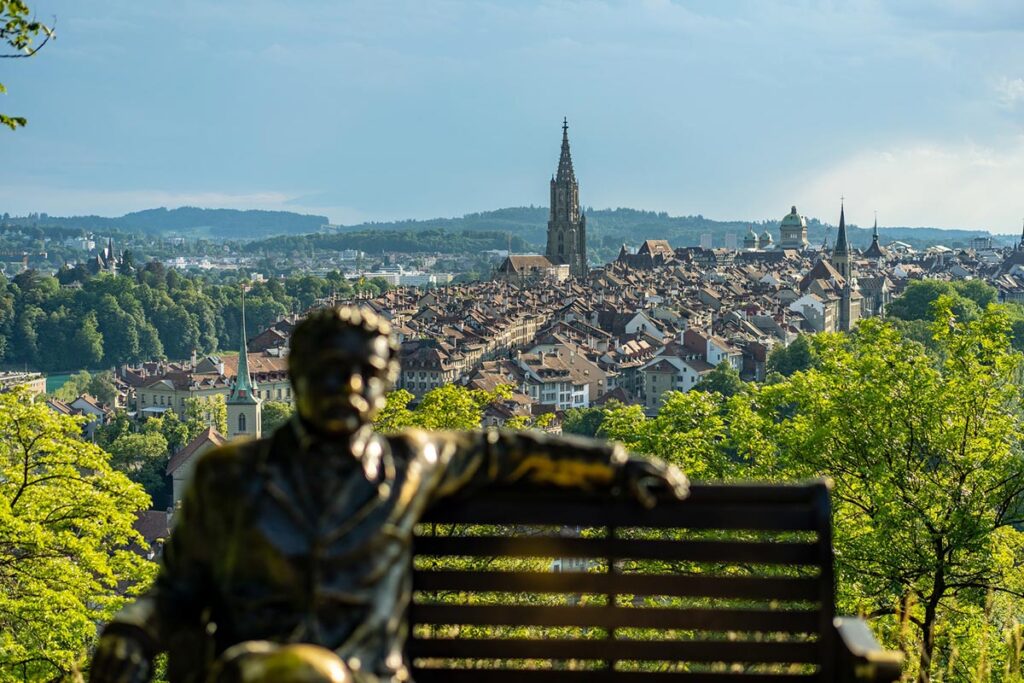 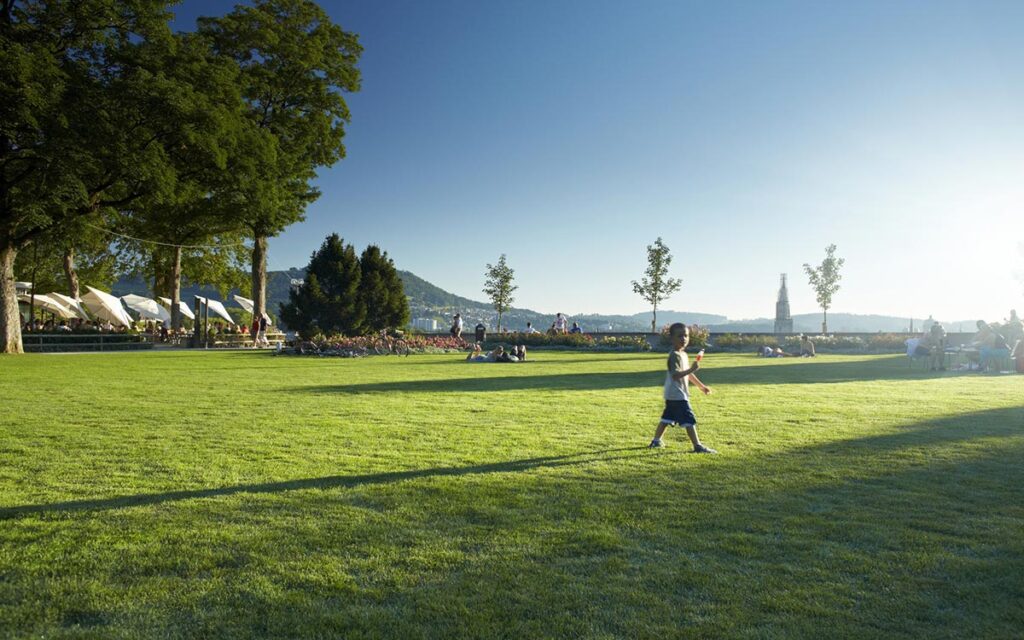 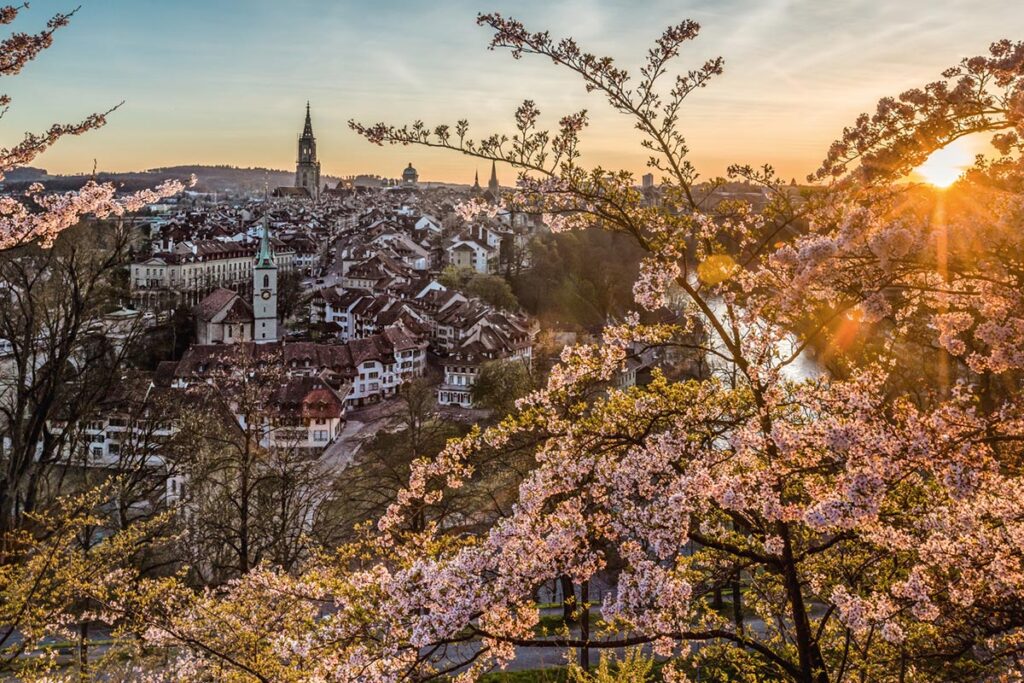 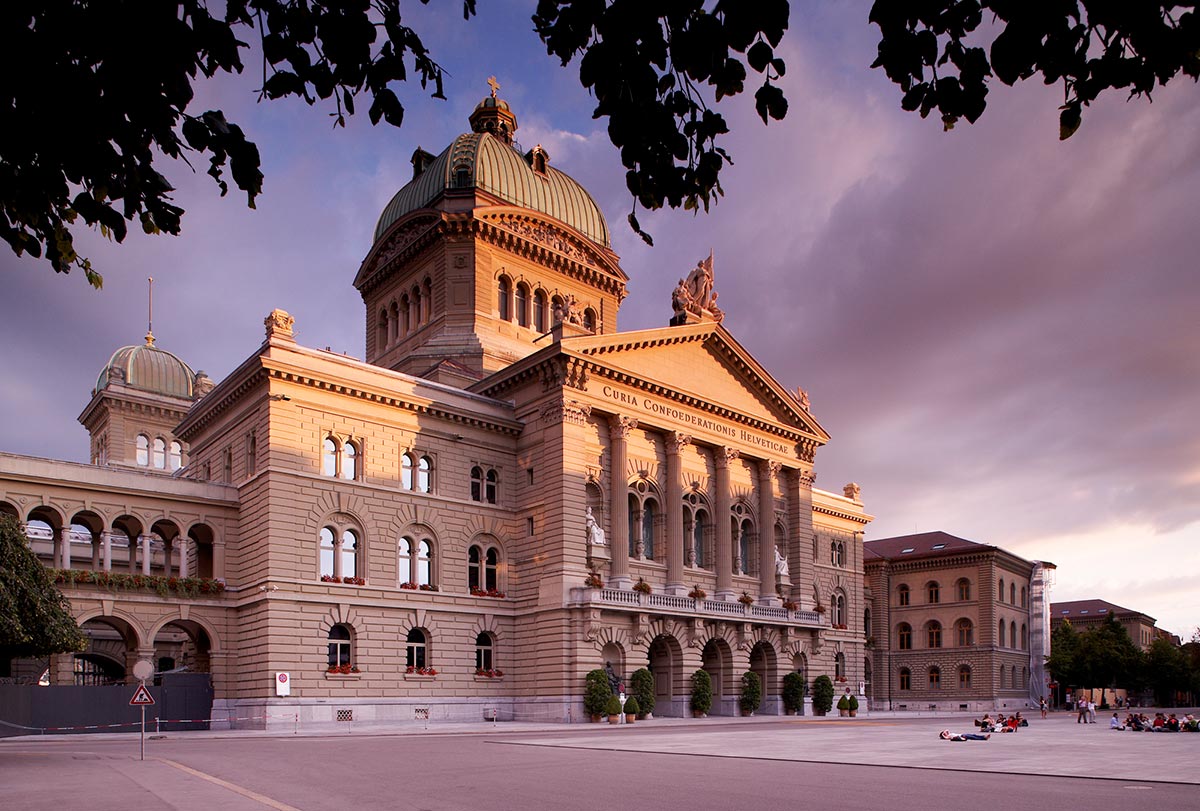 The Federal Palace in Bern is at the heart of Swiss democracy and the very place where both chambers voted for marriage equality in 2020. The parliament meets under its mighty dome, while the west and east wings are home to parts of the Swiss federal government and the federal administration. Outside, the expansive Bundesplatz (Parliament Square) is a lively meeting place for young and old alike. This is where BernPride will take place on July 29!